Read more about the life story of Robert and share your memory.

Robert P. Smith, Jr. 85, of Kansas City Kansas left his earthly home and passed through the veil to his eternal home November 5, 2022.

Robert met the love of his life Lora Louise Whitaker and they were married in 1960.  To this union 2 children were born, Robert P. Smith III and Frederick D. Smith.

Robert loved his family and worked at Macy’s and then he was hired by the Social Security Administration where he worked for approximately 35 years. While working at the Social Security Administration, he held various positions in the company until he retired in 1994. After retiring because of his love of golf he worked part-time for many years at the Sunflower Golf Course.

Robert loved many sports, but after he started playing golf that became his love.  He played for many years in various leagues all over the city until he became ill and could no longer play.  Along with playing golf, Robert also enjoyed playing dominoes with family, listening to gospel and jazz music, and watching the Chiefs, of which he was a season ticket holder for many years. Robert loved family, and for many years he hosted BBQs, birthday and holiday celebrations.

Robert accepted Christ at an early age at Olivet Institutional Baptist Church under the leadership of Reverend Crenshaw.  Robert later joined Metropolitan Baptist Church in 1960.  In 1971 he was ordained as a Deacon. Robert loved The Lord and his church and actively served in ministry at Metropolitan Baptist Church (KCK) as Chairman of the Deacon Board, Director of the Male Chorus and sang in all of the adult choirs.  He also taught new members class, served as the chairman of the Evangelistic Ministry, participated in various events with Men’s Ministry, worked with outreach and etc.

Robert was a loving husband, father, uncle, brother and friend. He was caring, dedicated, faithful and trustworthy and well respected in his community.

He was preceded in death by his Father Robert P. Smith Sr and Mother Lucy L. Smith.

To send flowers to the family or plant a tree in memory of Robert Preston Smith, Jr., please visit our floral store. 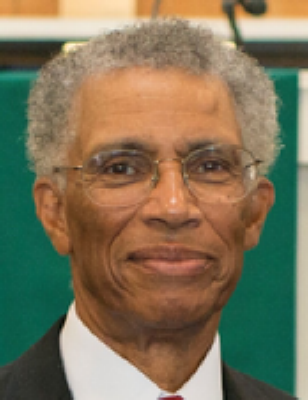