Read more about the life story of Michael and share your memory.

Michael Keith Johnson, 63, passed away on November 18, 2022 at Ignite Medical Resort in Kansas City, Kansas. He was born on August 28, 1959 to Tyree Shannon and Dorothy Bell (nee) Johnson- Washington.

Michael grew up in Kansas City, Kansas where he attended primary and secondary school. In 1978, Michael joined the US Army where he served as a chef and completed his education by obtaining his GED. During his time in the military, he met his wife Robin Hill Johnson. They were joined in marriage on June 23, 1978 in Las Cruces, New Mexico. Of their 44 year union, 3 beautiful children were born. After his honorable discharge from the U. S. Army in 1982, Michael spent several years in Germany expanding his craft as a chef before returning to the US. Upon his return to the US, Michael settled in Kansas City, Kansas where he worked as onsite building maintenance staff for a Kansas City, Kansas apartment complex and later as a chef at the Holiday Inn.

Michael was a reliable friend and relative. He was often called upon to help with tasks as simple as helping family or friends move or as complex as repairing a car. Each time, he was always willing to support in any way he could. He was a man of little words but when asked he would offer up advice based on his life’s travels and knowledge obtained along the way.

Michael passed away on November 18, 2022. He was preceded in death by is parents Dorothy Bell (nee) Johnson Washington and Tyree Shannon, one son, Mortez Woodberry and one brother Leslie Washington.

Michael is survived by his wife Robin Johnson, two daughters, Nikida Johnson and Sharikah (Lawrence) Hawkins, one son Michael Johnson II all of Norfolk, Virginia. He leaves 3 sisters, Jacquelyne Johnson and Traci Newbill both of Arlington, Texas and Trisha Campbell of Kansas City, Kansas. He will be missed by six grandchildren and a host of family and friends.

To send flowers to the family or plant a tree in memory of Michael Keith Johnson, please visit our floral store. 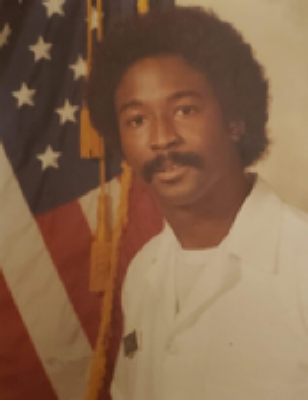